Will Open Banking Shake Up The Industry?

Open Banking has the potential to restructure the competitive landscape and consumer experience, not only of the banking industry, but of every individual and company that interacts with it.

The EU has taken the lead on Open Banking, believing it will increase competition and cut bank fees. New Zealand has favoured an industry-led development. Speaking earlier this year as Payments NZ – owned by the major banks – unveiled an API Centre to manage the move to greater openness in payments and banking, Commerce Minister Kris Faafoi defended his decision to let the banking and payments industry take the lead instead of passing Open Banking laws.

The end result of Open Banking could be that, instead of having to rely on banks’ own internet banking platforms, people could use money management and payment apps developed by third-party technology companies. Potentially that might result in banks becoming in effect wholesale suppliers of accounts and services.

With Open Banking, APIs can use customer’s shared data to compare a customer’s accounts and transaction history to a range of financial service options. It could also – importantly – allow lenders to obtain a more accurate picture of a consumer’s financial situation and risk levels when considering loan terms.

It could even provide a more reliable indication of a potential house buyer’s ability to service a loan than current mortgage lending guidelines. Open banking might also save SMEs time and help fraud detection companies monitor customer accounts better and identify problems sooner.

Credisense was created to allow organisations of all sizes to implement world-leading credit digitisation and automation software, at a fair price. And because we focus on the end-to-end credit lifecycle – arguably one of the key elements in business success, we have been able to digitise and reduce the risk associated with offering credit. We can only encourage the growth of Open Banking.

The Reserve Bank of NZ, in a recent online article, noted that Open Banking was still in its infancy in New Zealand. But it noted the creation of a standardised and secure framework for sharing bank customer data with trusted providers would allow the providers to offer a wide range of new services, improving the efficiency with which banking resources are allocated, and reduce the risk of customers over-borrowing.

A recent banking survey showed a mere six percent of customers switched banks in the past year and the big four Australian-owned banks in New Zealand still command the major share of the market.

Lending requirements and evaluation metrics need to move with the times and it’s crucial that credit providers equip themselves with innovative solutions to enhance their decision-making criteria.

Richard is a seasoned credit expert, having spent his entire career working within the bureau and data world. He is passionate about helping companies find the best use of technology and data to reduce risk whilst improving customer experience.

P2P Lending: What China taught us

P2P lending has spread significantly since the pioneering Zopa was conceived in the UK way back in 2005. Connecting investors and lenders to borrowers – whether it’s for personal financing or business financing – sounds like a fabulous idea, cutting out the bureaucratic middle man (almost) and enabling both parties to come together and determine […] 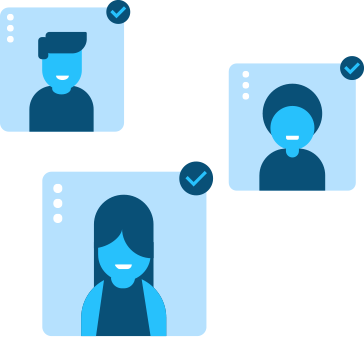 The increasing use of biometric information for identity verification

In recent years organisations of all sizes, across most industry sectors have focused on shifting the traditional face to face customer interaction towards a digital customer experience. Businesses and consumers alike have come to expect to a level of simplicity and convenience that comes with the ability to apply for products and services remotely. Circumstances […]

Current system feeling outdated? Strap yourself into Credisense and take off!